WHITSUNDAYS SCORES ONE OF THE TOP SPOTS ON THE MONOPOLY BOARD 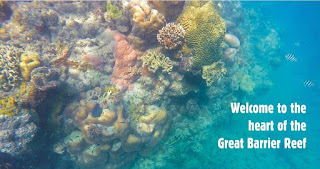 Following a hotly contested battle, the Whitsundays has come out on top as one of the destinations in the new, limited-edition Australian Monopoly game, due to launch in July.

Whitsunday Regional Council Mayor Andrew Willcox was present for the exciting announcement made in Sydney today.

“This success was due to the collaboration between Whitsunday Regional Council and Craig Turner's Tourism Whitsunday Team driving this initiative forward to be in a prime location just like the Whitsundays,” he said

One of the top spots on the board, Bond Street was secured after a massive collaborative campaign by Tourism Whitsundays, Whitsunday Regional Council and industry to encourage people to vote – means worldwide exposure for the region amongst board game lovers all over the world.

Other spots on the iconic board game, which was first launched in 1904, are taken by the other Australian states, including of course the country’s most well-known landmarks: The Sydney Harbour Bridge, Margaret River and the Great Ocean Road.

Tourism Whitsundays CEO Craig Turner said it was incredibly exciting to actually have the Whitsundays on the board of this limited edition game, which was a once-in-a-lifetime opportunity.

“Who hasn’t played Monopoly at some point in their lives, whether at Christmas, on holiday or when it’s raining too much to go outside?” he said.

“It’s beyond fantastic to see our region secure a square on the Australian Monopoly board and it will deliver enormous PR value for the Whitsundays.

“We would like to thank everyone who voted - it really does highlight the ongoing commitment and support of our local tourism operators, who I know voted in their thousands, and of course the whole community, who really got behind the region on this one’ social media campaign last November.”

The earliest known version of Monopoly, known as The Landlord's Game, was designed by an American, Elizabeth Magie, and first patented in 1904. Since then more than 250 million sets of Monopoly® have been sold.

Since 1994, many official variants of the game, based on locations other than Atlantic City, New Jersey (the official U.S. setting) or London (the official Commonwealth setting, excepting Canada), have been published by Hasbro or its licensees. For more information on the new board, go to http://monopolyaustralia.com.au/.
Posted by Max at 07:00