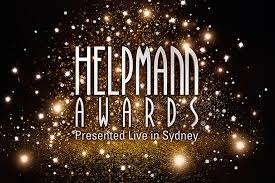 A full list of nominations is available from 7pm AEST Monday 19 June at
http://www.helpmannawards.com.au/media-resources/

Live Performance Australia (LPA) today announced the Nominees in the 42 categories of the Helpmann Awards at simultaneous events in Adelaide, Brisbane, Melbourne, Perth and Sydney.

The winners of the 2017 Helpmann Awards will be announced at a ceremony on Monday 24 July at the Capitol Theatre, Sydney, on the set of Kinky Boots.

LPA Chief Executive, Evelyn Richardson said, “This year has been a remarkable year for live performances in Australia reflecting a vibrant industry with more than 18 million people attending shows across the country and ticket revenues of $1.4 billion”.

“Over the past seventeen years, the Helpmann Awards have received over 10,000 entries and announced 2,600 Nominations, which further illustrates the scale of the live performance industry in Australia. We are thrilled to be announcing on 24 July a further 42 winners to add to the existing 550 Helpmann Awards alumni.”

NSW Minister for Tourism and Major Events Adam Marshall said the Helpmann Awards is hosted in Sydney thanks to the support of the NSW Government through its tourism and major events agency Destination NSW.

“It’s been another remarkable year for live performance in Australia and this year’s Nominees reflect the strength and vibrancy of this sector. I congratulate all of the 2017 Helpmann Awards Nominees and wish them the best of luck,” Mr Marshall said.

As previously announced, Richard Tognetti AO, Artistic Director of the Australian Chamber Orchestra, will be the recipient of the 2017 JC Williamson Award. This award is bestowed on an individual who has made a truly outstanding contribution to the enrichment of Australia’s live performance culture and shaped the future of the industry for the better. Additionally, Rob Brookman AM will be the recipient of this year’s Sue Nattrass Award which honours an exceptional individual in a service role that supports the industry.

The 2017 Helpmann Awards will be broadcast live on Foxtel Arts and webcast free via www.foxtelarts.com.au.

The Helpmann Awards are proudly supported by the New South Wales Government, through its tourism and major events agency, Destination NSW.

Tickets for the 17th Annual Helpmann Awards are available now from Ticketmaster.
Bookings www.ticketmaster.com.au
Gold Star Package - Show and After Party Ticket $175*
Show only Ticket $55*
*Subject to availability
An additional handling fee of $8.55 is applicable to all online bookings per transaction.