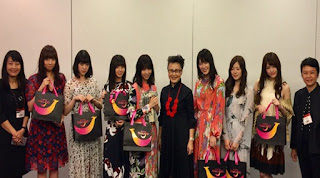 The Tourism Authority of Thailand (TAT) has recently appointed Nogizaga 46 – a famous idol girl group in Japan as a Thailand Tourism Brand Ambassador to promote Thai tourism to the Japanese market. The announcement was made yesterday (19 June) at a press conference in Tokyo, attended by over 100 journalists and editors.

Mrs. Srisuda Wanapinyosak, TAT’s Deputy Governor for International Marketing (Asia and the South Pacific) said, “This initiative is to promote a brand new image of Thailand in Japan. We’d like to boost the need to travel and inspire young Japanese people as well as first-time travellers to choose Thailand as their first destination for travelling abroad.”

Japan has long been one of the important tourist markets to Thailand. With the Japanese economy showing strong signs of recovering, TAT believes the needs for Japanese to travel abroad will soon be rising significantly and is thus coming up with several initiatives to draw back Japanese tourists to Thailand.

In addition, 2017 will be an important year to promote Thailand as a preferred destination for Japanese travellers, as the two nations celebrate 130 years of diplomatic relations. TAT has scheduled several initiatives including the Thailand Mega Fam Trip this week (21-24 June), which it jointly organises with Thai Airways International.